Speaking in Cambridge today (30 June), NIAB Chairman Jim Godfrey said the collateral damage of the Brexit talks was becoming a reality after NIAB had recently been notified that future EU variety testing contracts commissioned directly by the Community Plant Variety Office (CPVO) and which might last beyond the envisaged Brexit date of 30 March 2019 would no longer be awarded to the UK. END_OF_DOCUMENT_TOKEN_TO_BE_REPLACED 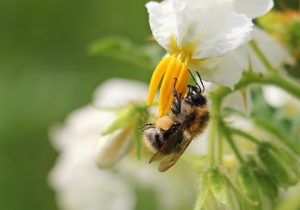 END_OF_DOCUMENT_TOKEN_TO_BE_REPLACED

Rothamsted Research and the National Farmers’ Union convened a workshop identifying the key areas of focus in order to have a world leading agriscience sector in the UK after Brexit. END_OF_DOCUMENT_TOKEN_TO_BE_REPLACED

It seems we are facing a Courgette Crisis. Although it’s really just a bit of a run on green vegetables, it does remind us that actually, courgettes – and now iceberg lettuce – shouldn’t be ‘February vegetables’. This raises some important issues about what we as consumers have learned to expect when it comes to food. END_OF_DOCUMENT_TOKEN_TO_BE_REPLACED

What the future may hold for Plant Protection Products (PPPs) in the UK is explored in the latest edition of AHDB’s Horizon reports.

The new AHDB report published today looks at the various pieces of legislation impacting the use of PPPs in the UK and puts forward four broad options for post-Brexit regulation.

END_OF_DOCUMENT_TOKEN_TO_BE_REPLACED

The latest briefing paper from University of Reading Emeritus Professor Alan Swinbank suggests that while Brexit offers the UK an opportunity to design a more efficient agricultural policy that would benefit farmers and the environment, this new policy could have possible implications for consumer prices and will have to conform to World Trade Organization (WTO) rules. The paper will be presented at a UK Policy Trade Observatory (UKTPO) event at Chatham House organised by the University of Sussex. END_OF_DOCUMENT_TOKEN_TO_BE_REPLACED