Making grasses more digestible promises improved feed for ruminants and better biomass for biofuel production, with economic and environmental benefits for both.

Plant biomass contains considerable calorific value but most of it makes up robust cell walls, an unappetising evolutionary advantage that helped grasses to survive foragers and prosper for more than 60 million years.

The trouble is that this robustness still makes them less digestible in the rumen of cows and sheep and difficult to process in bioenergy refineries for ethanol fuel.

But now a multinational team of researchers, from the UK, Brazil and the US, has pinpointed a gene involved in the stiffening of cell walls whose suppression increased the release of sugars by up to 60%. Their findings are reported today in New Phytologist.

“The impact is potentially global as every country uses grass crops to feed animals and several biofuel plants around the world use this feedstock,” says Rowan Mitchell, a plant biologist at Rothamsted Research and the team’s co-leader.

“In Brazil alone, the potential markets for this technology were valued last year at R$1300M ($400M) for biofuels and R$61M for forage cattle,” says Hugo Molinari, Principal Investigator of the Laboratory of Genetics and Biotechnology at Embrapa Agroenergy, part of the Brazilian Agricultural Research Corporation (Embrapa) and the team’s other co-leader.

Billions of tonnes of biomass from grass crops are produced every year, notes Mitchell, and a key trait is its digestibility, which determines how economic it is to produce biofuels and how nutritious it is for animals. Increased cell wall stiffening, or feruloylation, reduces digestibility.

“We identified grass-specific genes as candidates for controlling cell wall feruloylation 10 years ago, but it has proved very difficult to demonstrate this role although many labs have tried,” says Mitchell. “We now provide the first strong evidence for one of these genes.”

In the team’s genetically modified plants, a transgene suppresses the endogenous gene responsible for feruloylation to around 20% of its normal activity. In this way, the biomass produced is less feruloylated than it would otherwise be in an unmodified plant.

“The suppression has no obvious effect on the plant’s biomass production or on the appearance of the transgenic plants with lower feruloylation,” notes Mitchell. “Scientifically, we now want to find out how the gene mediates feruloylation. In that way, we can see if we can make the process even more efficient.”

The findings are undoubtedly a boon in Brazil, where a burgeoning bioenergy industry produces ethanol from the non-food leftovers of other grass crops, such as maize stover and sugarcane residues, and from sugar cane grown as a dedicated energy crop. Increased efficiency of bioethanol production will help it to replace fossil fuel and reduce greenhouse gas emissions. 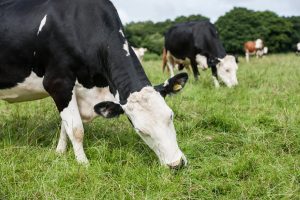 More digestible grasses could improve feed for livestock, for the economy and for the environment.

For John Ralph, co-author and field pioneer, the discovery has been hard won and is long overdue. “Various research groups ‘had the feruloylation protein/gene imminently’, and that was some 20 years ago,” notes the Professor of Biochemistry at the University of Wisconsin-Madison and at the US Department of Energy’s Great Lakes Bioenergy Research Center.

“Our group has been interested, since the early 1990s, in ferulate cross-linking in plant cell walls and developed the NMR methods that were useful in the characterisation here,” notes Ralph. “This has been a tough one to discover.”