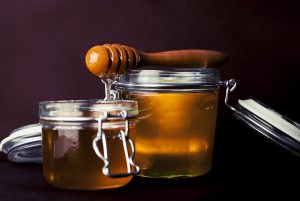 Researchers reported in the journal Science this week that tests for five neonicotinoid compounds found at least one in 75% of honey samples from 198 sites around the world.

The team reports that concentrations were at levels below the maximum threshold allowed for human consumption. The researchers say their work helps to assess global exposure of pollinators to neonicotinoids, providing scientists with an inventory of the most frequent combinations. They call on national authorities to make public data on pesticide use, to enable further work on any correlation between local events and pesticide load.

“It is unsurprising that levels of neonicotinoid insecticides are detectable in honey. It is likely that other (untested) pesticides might also be present. The major important questions revolve around potential impacts which are not addressed in the paper with any new science. All levels are below mandatory exposure levels for human consumption. Questions relating to chronic bee exposure remain unanswered, as noted by the authors. These questions can only really be addressed with large scale epidemiological studies, which are incredibly hard to perform.

“We need to remain open-minded and base decision-making relating to pesticide regulation on a strong science base, acknowledging that pesticides can have unacceptable negative impacts, but not forgetting their large role in securing productive harvests. The Rothamsted Smart Crop Protection programme is working to develop more targeted approaches for pest control that can reduce pesticide use and make application more precise. This programme is also working to develop alternatives to pesticides. The insect molecular biology group at Rothamsted Research is working to understand the basis of insecticide selectivity, to help efforts to design pesticides that have fewer non-target impacts.”

“There is no suggestion in the paper of a risk to human health, however, the levels recorded (up to 56 ng/g) lie within the bioactive range that has been shown to affect bee behaviour and colony health – Woodcock et al (2017) showed earlier this year that levels of less than 9 ng/g reduced wild bee reproductive success. I therefore agree with the authors that the accumulation of pesticides in the environment and the concentrations found in hives is a serious environmental concern and is likely contributing to pollinator declines.

“However, this situation has arisen as much through the over reliance and imprudent use of neonicotinoids as through the inherent properties of the chemistry; which can be argued are more benign than the alternatives (multiple sprays of synthetic pyrethroids) that are now being used in their stead where neonicotinoids have been banned. Rather than seeking an outright ban, research should focus on developing strategies for limiting the use of neonicotinoids across crop rotations, using all the principles of Integrated Crop Management (Barzman M et al., 2015) as well as integrating additional foraging resource into the landscape for pollinators to reduce the exposure of hives.”

Read the paper in Science: A worldwide survey of neonicotinoids in honey (Open Access).