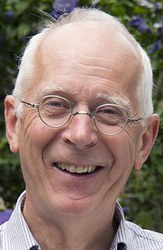 The Higher Education Funding Council for England (HEFCE) has announced funding for the creation of a new Cambridge Centre for Crop Science (3CS), developed by the University of Cambridge in collaboration with NIAB.
The new centre will provide a major boost to the University and NIAB’s existing research initiatives around global food security.

With £16.9m from the HEFCE-managed UK Research Partnership Investment Fund and additional funding from the National Institute of Agricultural Botany Trust, the 3CS will focus on impact: working with industrial partners to translate the University’s strong fundamental plant research into outputs for the farmer, processor and consumer.

The project leads say the 3CS will be uniquely well positioned to contribute to growth and innovation due to the partnership at its core: connecting the multidisciplinary research of the University with NIAB’s pipeline to the end-users in farming and food industries.

“The delivery of both public goods and economic growth is an essential agenda for today’s plant scientists, with the need to produce sufficient healthy nutritious food without harming the environment being at the top of the international agenda,” said NIAB’s CEO and Director Dr Tina Barsby.

“Creating the facilities to bring together NIAB and the University in 3CS presents an extraordinary opportunity for impacting this agenda through the development of world-class science and translation.”

The funding from HEFCE will allow the 3CS to be housed in a state-of-the-art research laboratory at NIAB’s Cambridge site, where it will be led by a newly-appointed Professor of Crop Science. The Centre will involve researchers from Plant Sciences and other University departments, NIAB, the Cambridge Sainsbury Laboratory, and other UK and international research institutes.

In addition to the Cambridge Centre, the funding will also provide new field stations and offices at NIAB’s Histon site, as well as new glasshouses with full environmental controls.

The Eastern region is a rich area for plant science, and benefits from the Agri-Tech East research and business network. 3CS will allow for closer collaboration with other regional institutes, including the John Innes Centre in Norwich and Rothamsted Research – both of whom have welcomed the establishment of the new centre.

Young researchers will be central to the success of 3CS, says Baulcombe, and the best will be recruited from around the world to be trained in interdisciplinary science, including the latest in plant genetics, bioinformatics, computational modelling and statistics.

Strong links with the agricultural industry through NIAB will mean that 3CS researchers will learn to understand how societal value and industry requirements feed into research design and translation.

While 3CS will make significant contributions to the main globally-traded crops such as wheat and rice, there will be a focus on advances in the genetics and agronomy of other UK crops, such as potato and legumes, and so-called ‘orphan crops’: those that lag behind in technological advances but are vital for smallholder farmers across the developing world.

Professor Sir Leszek Borysiewicz, the University’s Vice-Chancellor, said: “3CS will be unlike anywhere else in Europe because it connects a world-leading University directly to growers, breeders and other sectors of industry associated with crops. The opportunity could be compared to the potential for advances in healthcare when a research-active medical school co-locates with a hospital and pharmaceutical company.

“The 3CS will be the centrepiece of what will be significant new collaborations, and an exemplar of what can be achieved by bringing together interested parties to focus on sustainable crop production – essential for food security, resilience to climate change, and the growing bio-economy.”